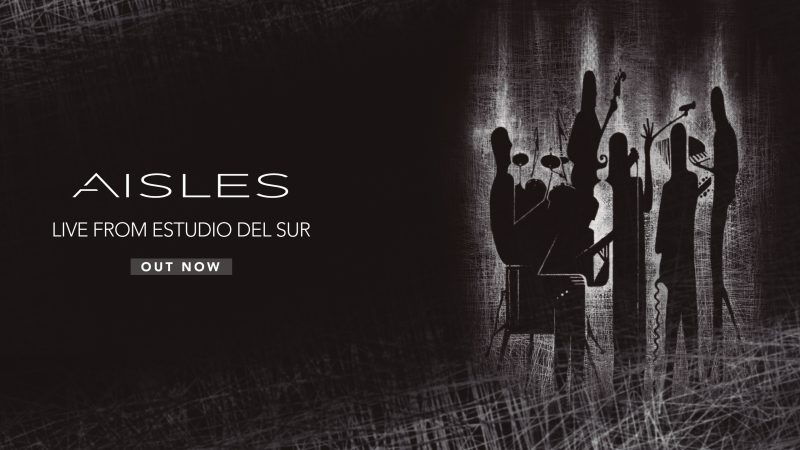 Our Live from Estudio del Sur EP is out!

“Live from Estudio del Sur” is our latest release. The EP was recorded at Estudio del Sur, and includes newly done versions of the songs “Clouds Motion”, “Shallow and Daft”, “Still Alive” and “Club Hawaii”. Germán Vergara, guitarist, describes it as “a blend between some of earliest and some of our newest compositions, all in the same set, with the current Aisles sound. ‘Clouds Motion’ is one of the first songs we recorded as a band. We also made a new version of ‘Shallow and Daft’, where we invited the singer Catalina Blanco from the band Téfiret. The last two tracks, ‘Still Alive’ and ‘Club Hawaii’, capture the hopeless atmosphere of our concept album ‘Hawaii’ and reflect what the band is doing nowadays. People will like the sound on the EP as the songs feel more organic and heavier that on the albums.”

Also, these songs were filmed on a series of live sessions directed by Bernardo Quesney, who has also worked with Chilean artists such as Gepe, Javiera Mena and Colombina Parra, among others.